We post metal news every day, throughout the day, covering thousands of metal bands including underground and unsigned bands.

Below is the latest news, but check back often for updates. You can also browse our news archive or find news by band. 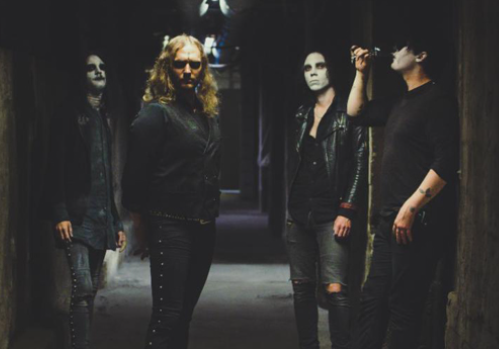 Check out now "Axis Mundi" streaming via YouTube and Spotify for you below.

Symphonic deathcore band The Convalescence premiere their new claymation music video “No Survivors“, featuring a guest spot by Carnifex frontman Scott Ian Lewis. A new studio full-length from The Convalescence , is being scheduled for a summer release.

UK metal band Veiled premiere their new single and music video by the name of “Relinquished“, streaming via YouTube and Spotify for you below. The track features a guest appearance from Kyle Lamb of She Must Burn. In other news the band have inked a record deal with Seek And Strike ( Upon A Burning Body, Orbit Culture, etc.).

Halestorm singer/guitarist Lzzy Hale, guests on a new single titled “Violence No Matter What”, from Swedish metal band Avatar. February 17th has been scheduled as the release date for Avatar‘s approaching new studio full-length “Dance Devil Dance“. The latest single from it and a lyric video are streaming via YouTube and Spotify for you now below:

Melodic metalcore group Atreyu premiere a J.T. Ibanez directed music video for their latest single “Drowning”. You can check out now "Drowning" streaming via YouTube and Spotify for you below.

Need to catch up on recent metal news? Click a date below to read that day's news.