Swedish death metal veterans The Crown are the latest band to be confirmed for the 70000 Tons Of Metal cruise, which will sail on its eleventh voyage from January 30th to February 3rd. This will mark the first appearance on board for the band, whose latest album, "Royal Destroyer," was released last year.

The lineup is now as follows:

Look up the most influential or acclaimed comedies of all time and you'll always see The Odd Couple. This might be a strange way to start a review of a metal gig, but when you think about it, metal shows are often at their best when they offer variety, or a combination that you wouldn't normally expect to see. So it was on April 14th in London, when British blackened industrial grindcore outfit Anaal Nathrakh teamed up with Japanese avant-garde black metal legends Sigh to put on a Hell of a show in every sense of the word.

Appropriately, it was a freezing cold night in the English capital city, with no shortage of ice and a little snow outside before eventually heading inside to the Scala. Despite personally attending live shows in London for nearly twenty years, this was my first visit to the Scala, which hopefully won't be my last. The Scala combines the grandiose feel of an old theatre upon entrance, while in the gig room itself, for lack of a better term, it provides a two tiered space with an area for those who like to be down the front and dirty, as well as those who have done their time in the pit and prefer to stand in the back.

Opening the show, those who arrived early were treated to a little local flavour as London's own De Profundis took to the stage around seven. While their time was short, they more than made the most of it, unleashing twenty five minutes of heaviness and anti-authoritarian death metal. As one might expect, the set focused heavily on the band's new album, "The Corruption Of Virtue," released only two months prior. These songs, such as "Weaponised Rape" and "Scapegoat" sat perfectly beside opener, "Martyrs" and closing number, "War Be Upon Him," both taken from "The Blinding Light Of Faith." A short stay, but a memorable one and De Profundis continue to make a name for themselves as one of Britain's leading death metal acts. More...

Dismember And Others Added To Mystic Festival 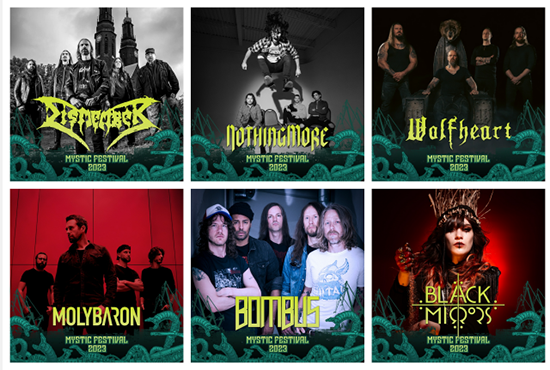 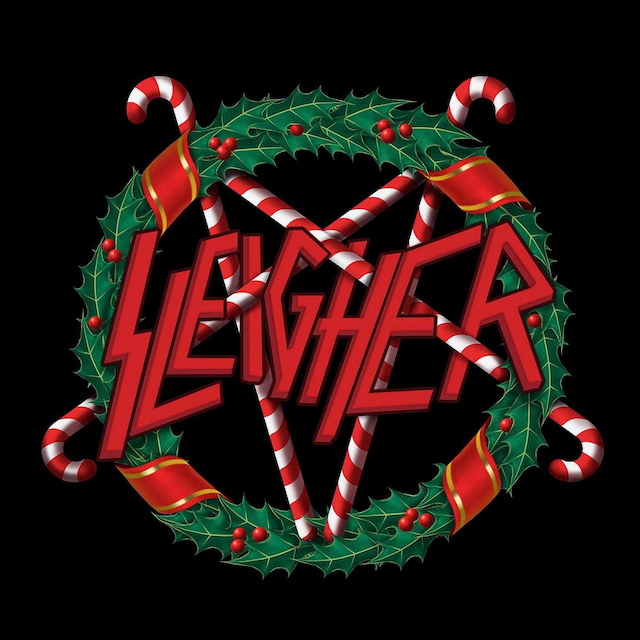 Sleigher return with their latest Slayer-themed Christmas offering, putting a new spin on the title track to Slayer‘s 1988’s classic “South Of Heaven“. The end result is “South Of Lapland“, which you can watch below.

If you missed it last year: Sleigher previously took on Slayer's “Seasons In The Abyss” for their debut in 2021. Check it out streaming via Spotify for you below.

“It’s Sleigher the sequel! Members of Haken, Dream Theater, Protest the Hero, Inhuman Condition have once again ventured South of Lapland. Joining the expedition are Becky from Fury (and recently of Mercyful Fate live!) and the mysterious Delta Empire on drums. This time… it’s Judgment Sleigh!”