I’ve seen Meshuggah three times live and the experience just keeps getting better. However, this was the first time I’ve seen them in my own city and even though the venue wasn’t as large as the other two, the Tempe, Arizona crowd made it seem like I was seeing them at a festival.

The Marquee Theater was almost at full capacity and this crowd was louder than the two previous Meshuggah shows I’ve attended. Here is my captain obvious quote of this road report: Meshuggah fans are just fucking rabid regardless of venue size or number of attendees.

Meshuggah is known for their extended mood setting live show intros. On this current tour it was different. For example, the first 3 minutes of the first track (“Broken Cog”) off their latest effort, “Immutable,” already has an intro feel to it. So, to set the scene for the next paragraph I need to explain the album’s artwork for those that aren’t familiar. The artwork depicts a person/cyborg/biology class skeleton burning via an explosion, there are shades or red, orange and black within the color palette. Like all of Meshuggah’s releases, it sets the stage. 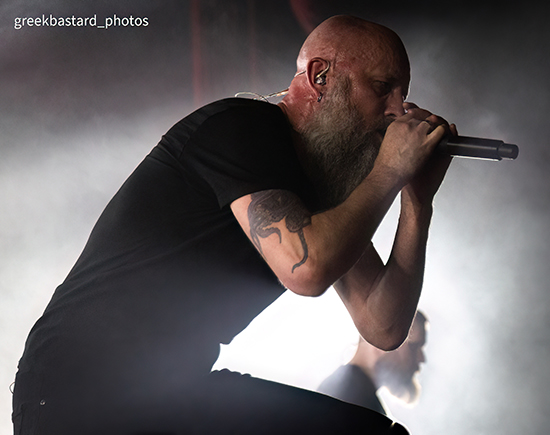 When the band entered the stage (minus their cyborg drum god Tomas Haake, who was already perched on his throne a couple of meters above stage level), they stood still in front of lighted replicas of themselves burning like the album’s cover artwork. The lit replicas flashed on and off and back-lighted the Meshuggah front four during the tribal-esque feel of “Broken Cog.” The first half of the song felt chaotic and uncomfortable. This is what Meshuggah does best during their live shows, they control the mood. 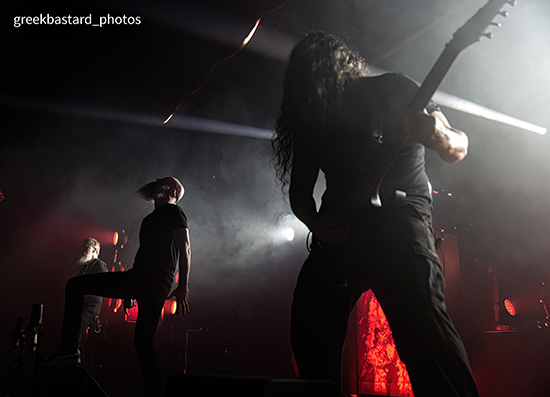 Meshuggah played a total 13 songs this night including their encore. I won’t give a play by play for every song they played though, you can find that online easy enough but I will say my highlight songs of their set were: “Ligature Marks,” “Born in Dissonance,” and “Demiurge.” The setlist was great but the song that put the crowd into a frenzy was the set ender, “Future Breed Machine” off of their second studio album, “Destroy Erase Improve.” I had a feeling that something special was about to happen once they added two more microphone stands on both ends stage right before the final song started. More...

The almighty Abbath has confirmed his presence for Mexico Metal Fest VII to take place on November 10 & 11, 2023 in Monterrey, Nuevo Leon, Mexico. More... 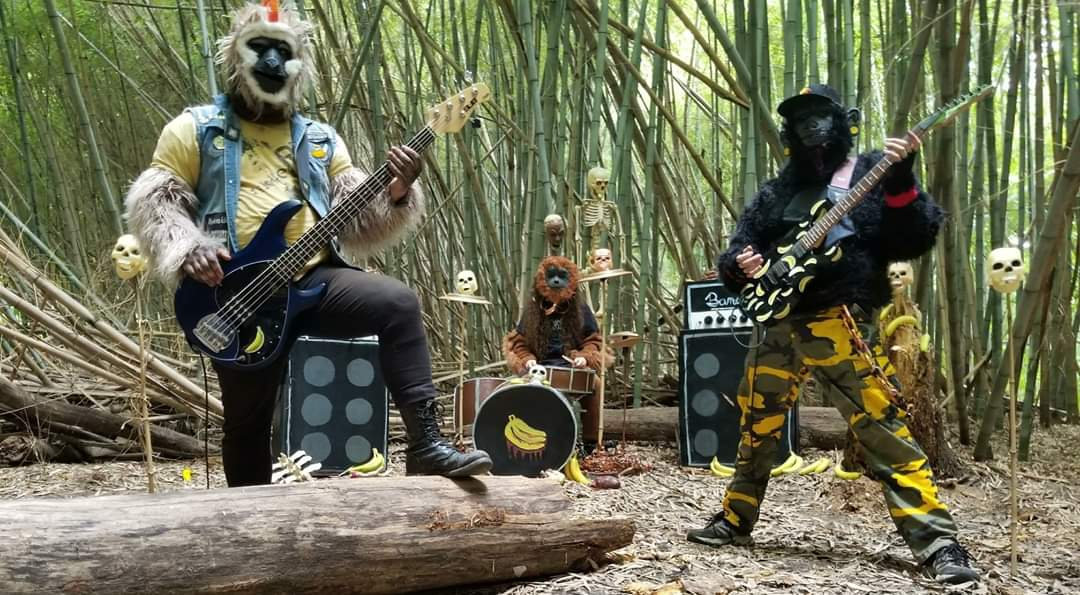 Check out now "Foggy Jungle Breakdown" streaming via YouTube and Spotify for you below. 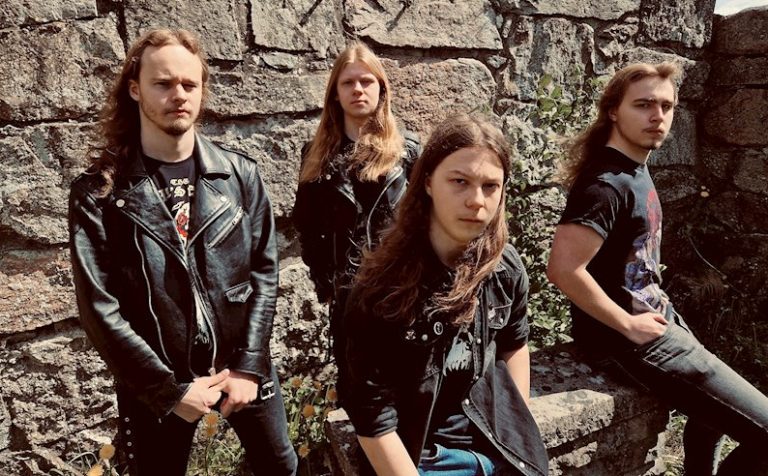 Swedish black/thrash quartet Sarcator premiere a new single titled “He Who Comes From the Dark”, taken from their upcoming new album "Alkahest", which is slated for release via Black Lion Records on November 4th, 2022.

Check out now "He Who Comes From the Dark" streaming via YouTube for you below. 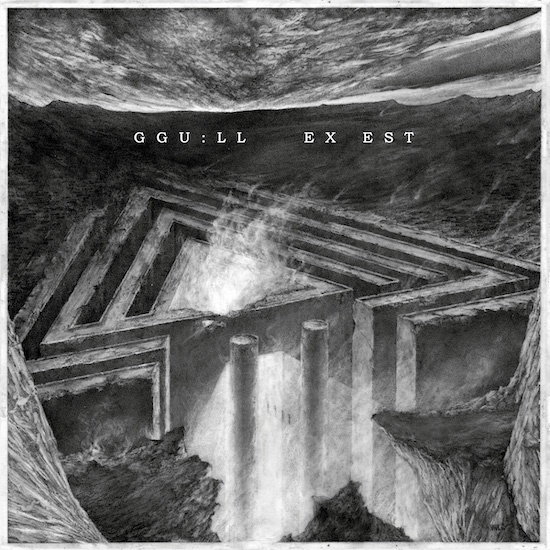 Tilburg, Netherlands-based blackened doom metal band Ggu:ll premiere the pre-release full-album stream of the band's upcoming new album "Ex Est", which will be out in stores October 21 via Consouling Sounds.

Check out now "Ex Est" in its entirety below.

Spanish technical deathcore outfit Bonecarver premiere their new single and new music video by the name of “Ancient Atrocity” streaming via YouTube and Spotify for you below. The track is taken from the quartet’s forthcoming new album “Carnage Funeral” due out on November 11th, 2022 via Unique Leader Records.