18 news articles posted on this day. "After a couple of years that saw some members leaving and little in the way of live performances, we decided an EP was a good way to ease back into things and to let people know we're still alive, comments band leader and guitarist Ben Sizer. "Musically, the new tracks deliberately continue the path of previous releases, attempting to take classic doom-death recipes and add other influences to taste."

Canada’s Vantablack Warship will unleash their new album “Abrasive Pulmonic Speak” on Jan 26th, 2018 to follow their 2015 self-titled debut EP. The band debut "Blood On The Mat" from it below.

German astro-prog metal outfit Black Space Riders premiere "Lovely Lovelie," a song from their forthcoming new album Amoretum Vol. 1. Check it out at this below. Amoretum Vol. 1 will be released on vinyl, CD, and digital formats on January 26.

The new Corrosive album "Lucifer Gave The Faith" is available since December 8th. For the title track a lyric video has been debuted below. The album contains 10 songs with a playing time of 45 minutes of first-class death metal, Scandinavian and American style with a dash of melody and brutality. With the release of the third Bloodshot Dawn album Reanimation looming the band have unveiled a second single, and the title track from the album. "This is a song about new beginnings and a realisation that the earth could exist without human life and likely prosper! This song marks the end of the story, the aftermath of an inter dimensional war," comments frontman Josh McMorran.

Watch The 'Reanimation' Lyric Video below:

Los Angeles-based extreme metal label Gore House Productions confirms the February release of Rotten, the scorching debut album by Scottish outfit Scumpulse. An official video for the album's "Alba Gu Bràth" has been premiered below as the label issues preorders for Rotten. 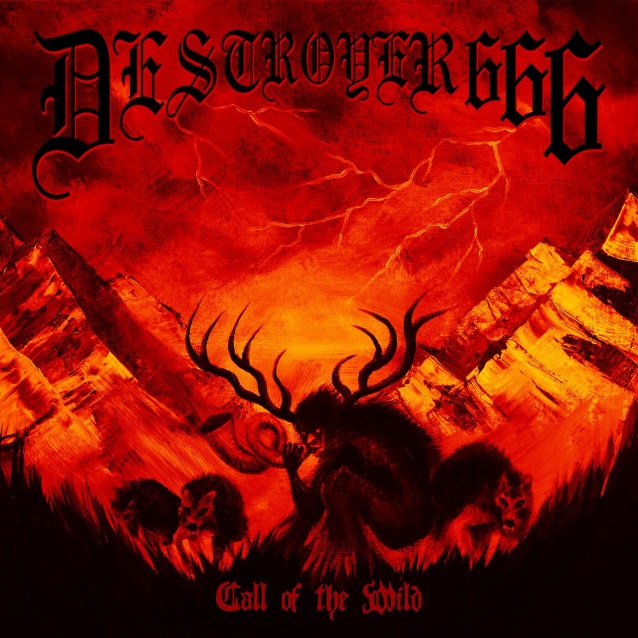 Deströyer 666 will release their new EP "Call Of The Wild" on February 23, which contains three brand new songs and a fresh take on the band's classic "Trialed by Fire".

The brand new title track "Call Of The Wild", can be streamed below.

Cane Hill‘s new single “It Follows” has received its official online debut below. The song can be found on the band’s upcoming album, “Too Far Gone“, out January 19th via Rise Records.

Says the band’s vocalist Elijah Witt of the track: More... 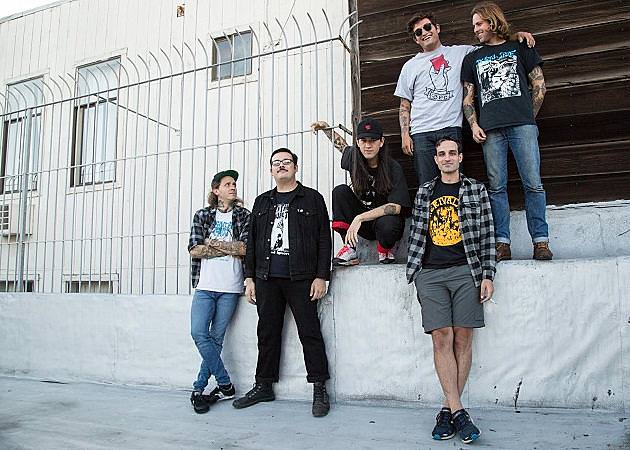 Bay Area hardcore band Primal Rite premiere a new song titled "Immutable Law", taken from their upcoming debut album "Dirge of Escapism", which will be out in stores on January 26 via Revelation Records.

Check out now "Immutable Law" below. 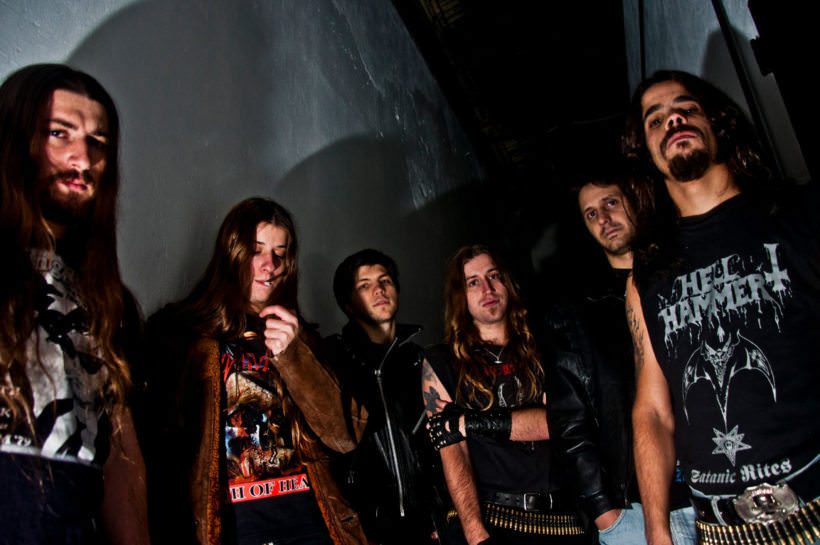 Argentinian thrash and speed metal band The Evil Dead premiere a new music video for "Electric Evil Revisited", taken from their 2017 album "Earth Inferno", which is being distributed through Hells Headbangers in the United States. 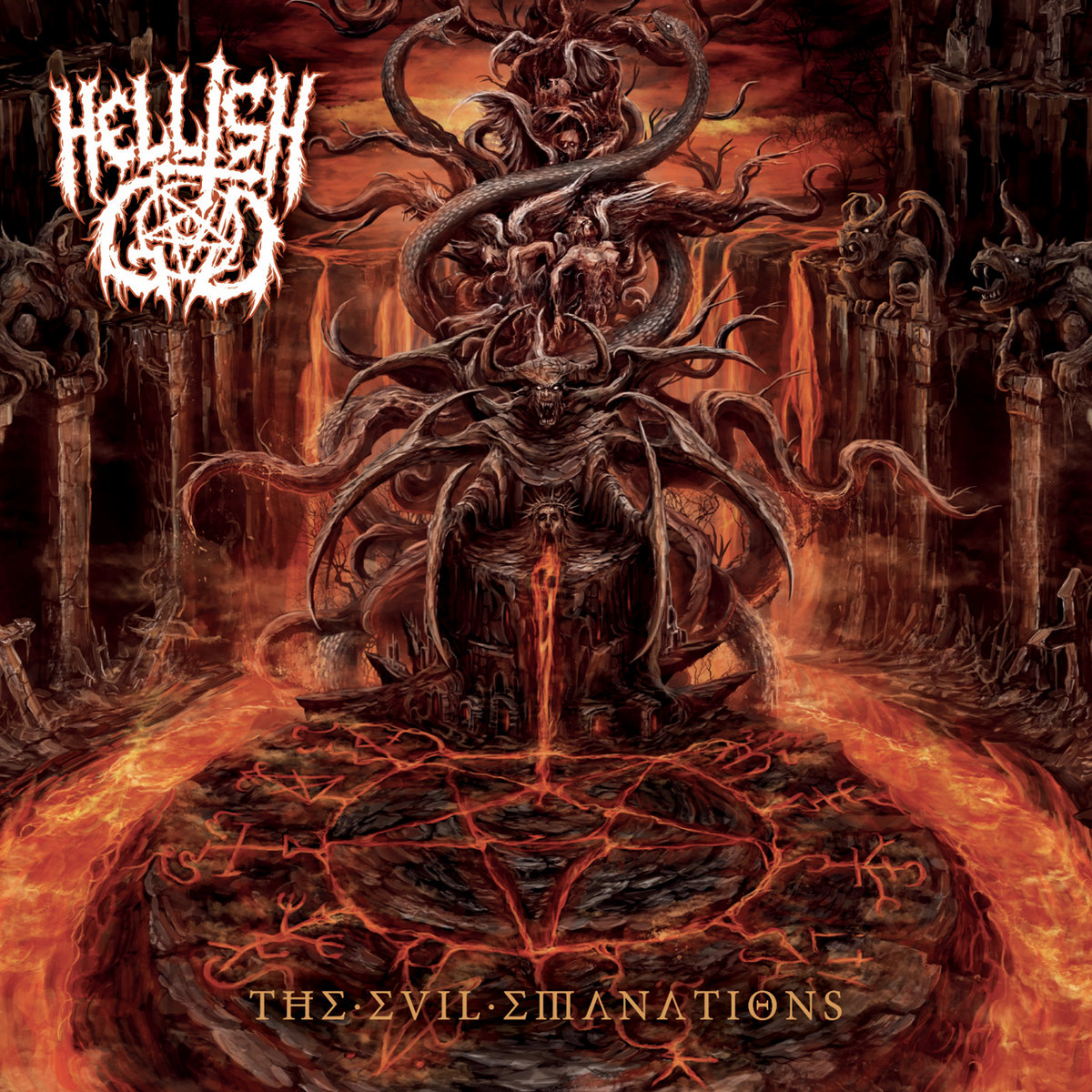 Hellish God premiere the pre-release full-album stream of the band's upcoming new album "The Evil Emanations", which will be released on Monday, January 8th, by the Italian label Everlasting Spew Records.

Check out now "The Evil Emanations" in its entirety below.

Attila will be out with Insane Clown Posse in the spring on the below run. The tour was been dubbed "Slamfest 2018" and will feature special guests yet to be announced.

We Came As Romans‘ previously rumored ‘Cold Like War Tour‘ headlining tour with The Plot In You, Oceans Ate Alaska, Currents and Tempting Fate has now been officially announced. Dates for that run can be found below:

Armed For Apocalypse will be out on this U.S. tour, starting next week:

Exmortus Back In The Studio

"We’re all stoked to record the new album with Zack, it’s the third time we’ve worked together and we feel very comfortable with him. He is a great engineer and always gets the best performances from the band. It’s unfortunate that [drummer] Mario Moreno and [guitarist] David Rivera will be stepping out for this session, but nonetheless we’re very excited to record with good friends and awesome. Can’t wait to release these heavy tunes."

All Pigs Must Die (Converge, ex-Trap Them, etc.) announce a West Coast run with Baptists as support. All Pigs Must Die will be touring in support of their latest release “Hostage Animal“, while Baptists have an upcoming new album in the works.

Allegaeon debut a cover of Rush‘s "Animate" streaming below, which was recorded during the recording sessions for their album “Proponent For Sentience“ (2016).