20 news articles posted on this day.

Witherfall Added To 70000 Tons Of Metal

Witherfall, the progressive power metal group featuring former White Wizzard members Jake Dreyer (also of Iced Earth) and Joseph Michael, are the latest band to be confirmed this year's edition of the 70000 Tons Of Metal cruise. Their debut album, "Nocturnes And Requiems" was released through Century Media in February last year. This leaves only thirteen more bands to be announced. The cruise will set sail from Port Lauderdale, Florida on February 1st and head to the Grand Turk and Caicos Islands and back in a trek that will last until February 5th.

The current list of confirmed bands is as follows:

All Charges Against Decapitated Dropped

Polish death metal band Decapitated, who had been held in the United States on charges of rape and kidnapping, have had all charges dropped, it has emerged today. New evidence has come to light that helped prove the band's innocence. The group were arrested on September 8 in Santa Ana, California last year. More details will be posted as soon as they become available.

Phil Campbell & The Bastard Sons, led by the legendary long time Motorhead guitarist, have released a brand new single and video for "Welcome To Hell." You can check it out below. The track is the second single taken from the band's upcoming debut album, "The Age Of Absurdity," out on January 26th.

The band are also pleased to announce that they will be supporting Ugly Kid Joe on their 5-date UK run in celebration of the 25th Anniversary of "Americas Least Wanted." Dates as follows:

British heavy metal icons Judas Priest has posted a new music video online for the song, "Lightning Strikes." You can check it out below. The song comes from the band's forthcoming new album, "Firepower," which is scheduled to be released on March 9th. "Firepower" is the first Judas Priest album since 2014's, "Redeemer Of Souls" and their second to feature Ritchie Faulkner after he replaced founding member KK Downing in 2011.

The band has also revealed the tracklisting for "Firepower," which reads as follows:

Tuomas Holopainen's 3-track demo earned him his first record deal with his freshly founded band Nightwish back in 1996. 20 years later, with over 2,000 shows played and more than 8 million records sold - Nightwish are the biggest European symphonic metal band. Reason enough for Nuclear Blast to celebrate this huge anniversary by releasing a 2CD compilation titled Decades, on March 9th, 2018.

The trasklisting reads as follows:

Israeli metal veterans Orphaned Land has posted a new lyric video online for the song, "We Do Not Resist." You can check it out below. The song comes from the band's forthcoming new album, "Unsung Prophets & Dead Messiahs," which will be released on January 26th through Century Media Records.

The band will be promoting the album with a European tour, with the following dates confirmed: 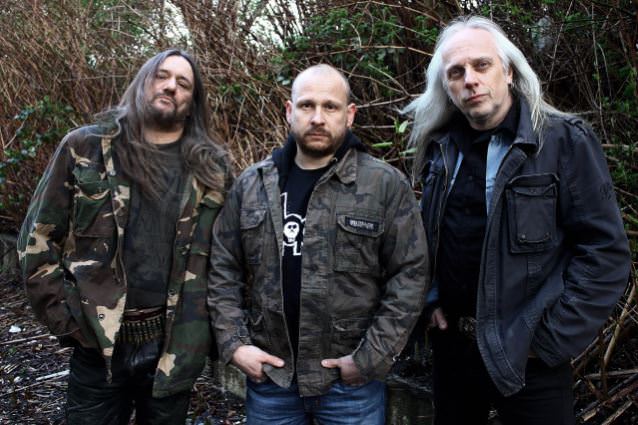 Says Tom Angelripper: "After much thought and reflection, I have decided on this difficult step to pave the way for new challenges. Sodom have always lived off the commitment and passion of everybody involved. Makka was part of the band for almost eight years, Bernemann even for more than twenty. To obviate a possible routine setting in which would make it impossible to continue our creative work optimally, I would like to start all over again with fresh and hungry musicians. At the same time, I would like to say thank you to Bernemann and Makka for many successful years in which we performed fantastic shows and released a number of real metal manifestos."

Despite this lineup change, all planned Sodom shows will take place from April 2018 as announced. Tom is set to introduce his new brothers in crime at the Full Metal Mountain festival. Being asked if Sodom will continue to operate as a trio or perhaps will become a quartet remains uncertain.

Gearing up for their first annual year of brutality, Decimate Metalfest announces Chaos Being, Accostal, Hazzerd, Widow's Peak, From The Wolves and Hammerdrone as the first batch of local bands to be added to the 2018 line up for the three night festival descending on Calgary, AB from June 7th - 9th at Distortion Live Venue.

"There is so much incredible talent in our city and we are very fortunate to have the pleasure of working with so many of them. We feel that the locals we have included on the first annual Decimate Metalfest are a wonderful asset to our fest and will round this bill out perfectly!"

Pennsylvania metal outfit Era of Discord have inked a deal with Swimming With Sharks Entertainment, subsequently being added to the Zombie Shark Records roster. The band takes influence from groups such as Parkway Drive, Pantera, Slipknot, Mudvayne, Killswitch Engage, Bloodbath, Cannibal Corpse and Lamb of God, among others.

In 2017, Era of Discord released their debut album titled 'Terra Imperium' streaming below.

Check out now "Backhanded Interest" below. 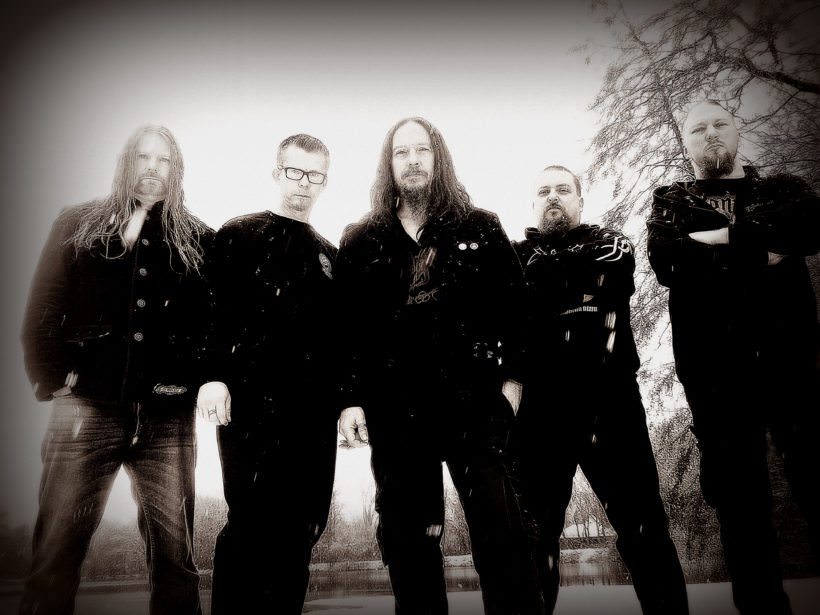 England’s doom/death metal outfit My Silent Wake debut a new song entitled "Killing Flaw", taken from their upcoming new album "There Was Death", which will be out in stores February 18th on Minotauro Records.

Check out now "Killing Flaw" below.

Extinction A.D., featuring members of This Is Hell, premiere their new single “In The Wake Of Uprising“. The track will appear on the band’s forthcoming new album, “Decimation Treaty“, out February 16th via Good Fight Music. Explains the band:

“This song has an overwhelming sense of urgency musically, so we matched that feeling lyrically. The music sets the perfect frenetic backdrop for ideas of revolt and resistance. It’s a rallying cry to end the abuse of authoritative power by any means necessary.”

You can catch the band out on this tour with Darkest Hour and Whores: More...

Mammoth Grinder debut a new video for “Servant Of The Most High”, taken from their upcoming new album “Cosmic Crypt“, which will be released on January 26th through Relapse. Samu Salovaara directed the clip.


Mammoth Grinder will be touring next months with dates available below: More...

Nightmarer, featuring ex-Gigan vocalist John Collett and former War From A Harlots Mouth guitarist Simon Hawemann and drummer Paul Seidel (The Ocean) will release their debut album “Cacophony Of Terror” on March 23rd via Season Of Mist. A new track from it titled “Skinner” is streaming below.

Architects discuss their upcoming new album in the latest issue of Metal Hammer. As reported guitarist Tom Searle passed away to cancer in 2016. His brother, drummer Dan Searle, explains:

"I didn’t know what to do with myself, I suppose, but also part of me felt like I should really document what this feels like. Because at some point, everyone loses someone, and maybe other people would hear these words and it would resonate with them.

And if it’s then put into context of a record that’s documenting a whole year of grieving, maybe they could see that they might move into a space in their life where they feel more positive."

Protest The Hero Back In The Studio

Protest The Hero are back in the studio recording new music at Jukasa Studios in Caledonia, Ontario. You can expect a new album out later in the year.