22 news articles posted on this day.

German symphonic metal band Leaves' Eyes are the latest group to be confirmed for this year's edition of the 70000 Tons Of Metal cruise. This brings the total of confirmed bands to 52 with only eight more still to be announced. The cruise will set sail from Port Lauderdale, Florida on February 1st and head to the Grand Turk and Caicos Islands and back in a trek that will last until February 5th.

The current list of confirmed bands is as follows: More...

American metal veterans Corrosion of Conformity has posted a new music video online the track, "The Luddite." You can check it out below. The song comes from the band's new studio album, "No Cross No Crown," which is released today through Nuclear Blast Records and is the group's first album with vocalist Pepper Keenan since 2005's, "In The Arms Of God." More...

Slayer To Tour With Lamb Of God And Anthrax?

Rumours are spreading across the internet that a huge tour of North America will take place this Summer, which will see Slayer and Lamb Of God co-headline a trek which will also feature fellow thrash metal legends Anthrax and Testament, as well as Polish blackened death metal favourites, Behemoth. Testament guitarist Alex Skolnick and Lamb Of God vocalist Randy Blythe have both spoken of signing on for an exciting tour of North America and this, one would assume is it. More details including tour dates etc. will be revealed once this is confirmed.

In every sub-genre of metal music, there are bands which became "stars" for lack of a better word and bands which may not have become rich, but are recognised as highly important. Swiss extreme metal veterans Samael would fall into the latter category, with two massively influential albums, "Worship Him" and "Blood Ritual," they helped shape what would become known as the second wave of black metal. Last year, the band released "Hegemony," their first full length release in six years. I had the opportunity to ask frontman and founder Vorph about the album, the bands' longevity and more.

First of all, thank you very much for taking the time to speak to us. Your new album, "Hegemony" has been out for nine months and is already being hailed as another superb album that fits in with even your most revered works. What was the driving force behind the record and now that some time has passed, how do you feel it works as an artistic statement?

Vorph: It took us some time to complete the work on the new album but as every songs went to a growing process, from their first version to the next to the one that ended up on the album we knew that “Hegemony” would be something special, not just a new album but a collection of songs with a strong live potential. Since the album has been release we already have played 5 songs live and they all found their way to the heart of our audience and that's the best feeling in the world, to know that those songs will have a life on their own and will live on not only for the length of the album life but far beyond that.

"Hegmony" was your first album since 2011. Why was there such a long break in between albums?

Vorph: Xy worked on a side project for over a year and that delayed the whole process of finishing the album; the city of Sion where we both come from asked him to compose some original music for a spectacle they're doing every year. He had the chance to work with a full orchestra, something he wanted to do for a long time, and have his music play by classically trained musicians. That music ended up being play for two consecutive years and got released under the name “Sedunum”. After completing his work on that project he reworked every songs we already had, adding ochestration to most of them. 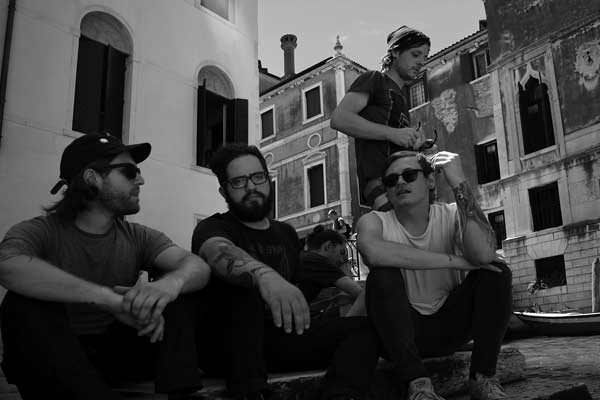 Secret Illusion uploaded a new audio video for the song “Neverland” from the new album “Awake Before the Dawn”, which will be released worldwide via Lion Music on Feb 1st 2018 in digital form. The physical form of the album will be available, exclusively via Secret Illusion, on Mar 1st 2018.

Norwegian blackened thrash/heavy metallers Susperia, comprising former members of Dimmu Borgir, Satyricon and Old Man's Child, release the first single from their recently announced new studio album, "The Lyricist". Titled "I Entered", the single is available in a form of a lyric video designed by Costin Chioreanu (At The Gates, Paradise Lost, Arch Enemy) below:

U.S. heavy rockers Thal release first single from their highly anticipated album “Reach for the Dragon’s Eye”. The song “Under Earth” is premiered now below. 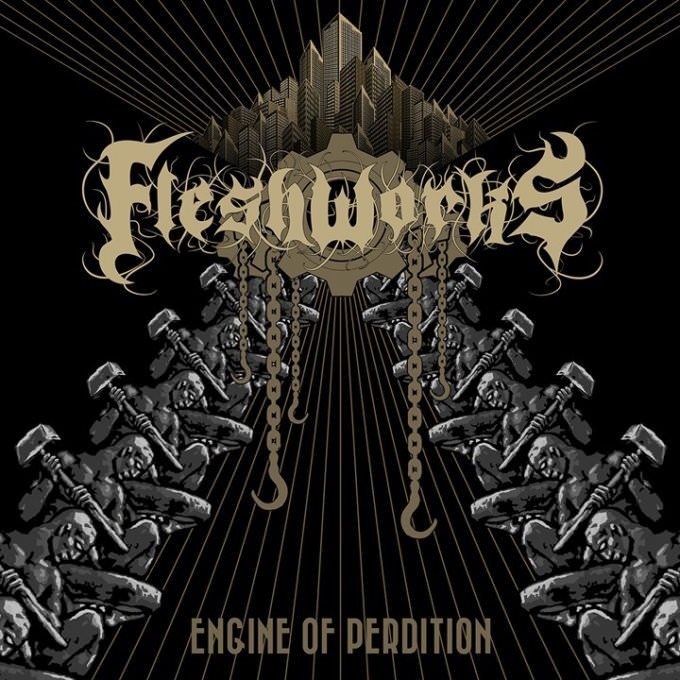 Check out now "Death by Autopsy" below. 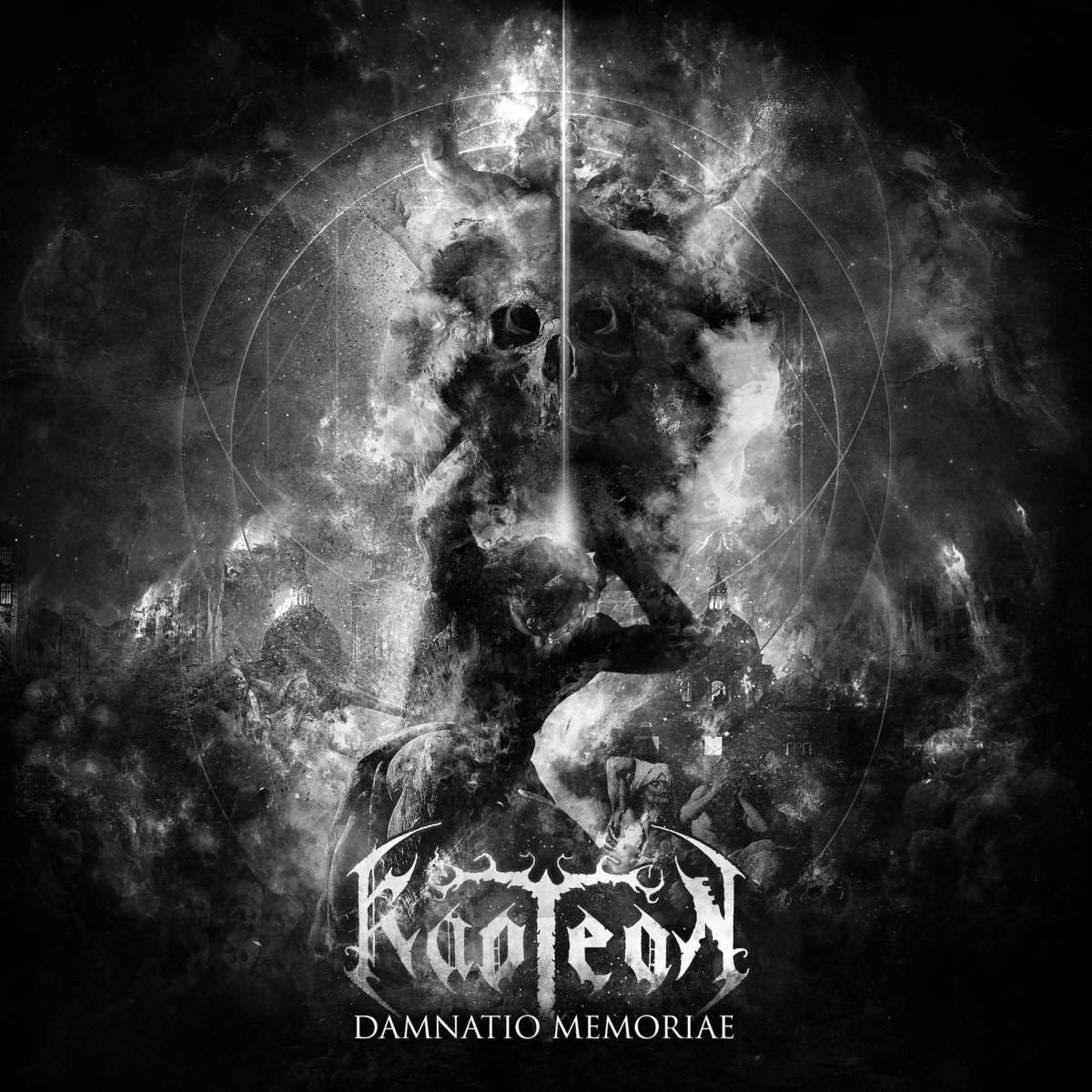 Check out now "Damnatio Memoriae" below. 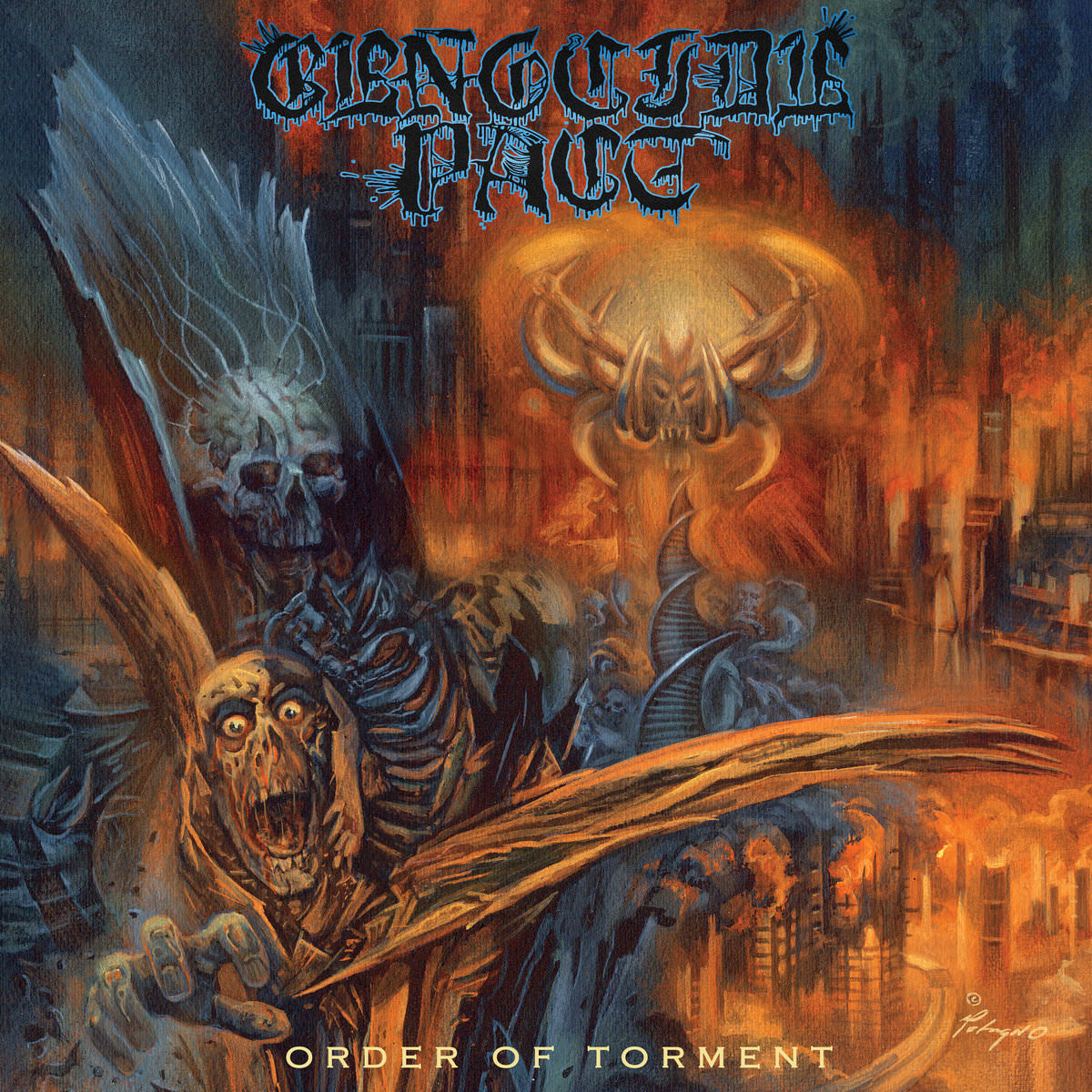 Hailing from Washington, D.C. Genocide Pact premiere a new song called "Structural Dissolution", taken from their upcoming new album "Order of Torment", which will be out in stores February 2nd via Relapse Records.

Check out now "Structural Dissolution" below.

Thy Antichrist Debut New Song "Metal to the Bone"

Thy Antichrist debut a new song entitled "Metal to the Bone", taken from their forthcoming album, "Wrath of the Beast", which is due out February 23 on Napalm Records.

Check out now "Metal to the Bone" below. 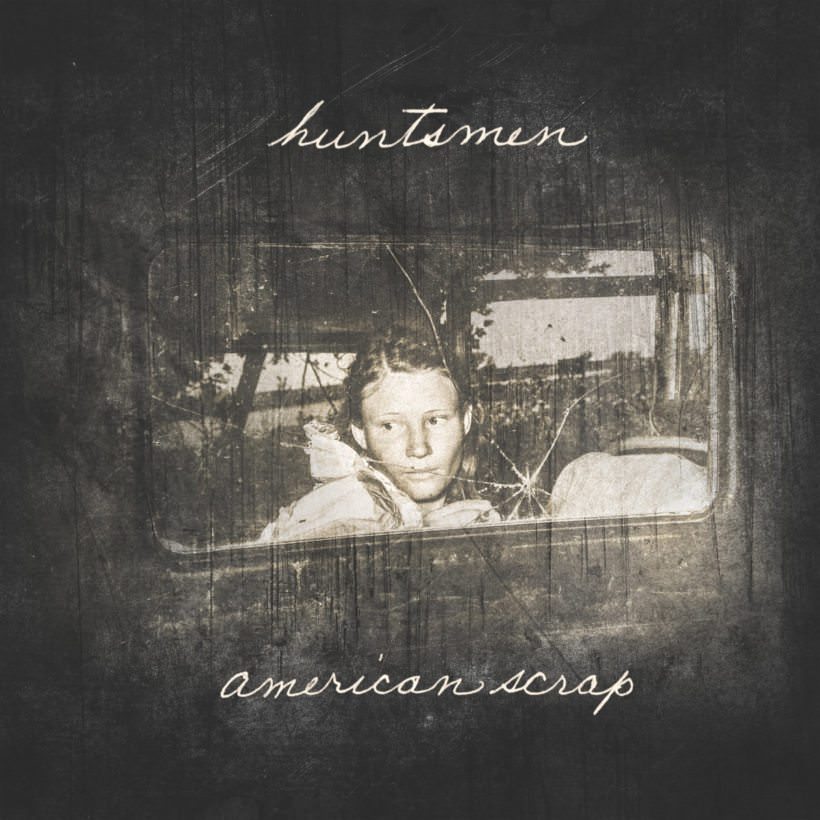 Americana metal act Huntsmen premiere a new song entitled "Pyre", taken from their upcoming new album "American Scrap", which will be out in stores out on February 23 through Prosthetic.

Check out now "Pyre" below. 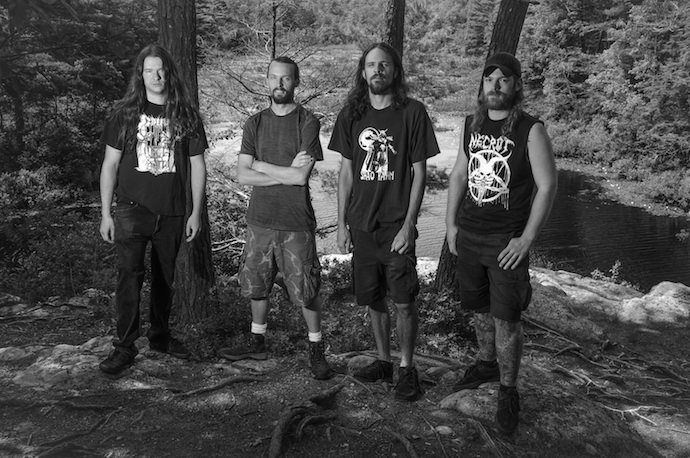 Boston’s Scaphism debut a new song entitled "Malapropos Cardiectomy", taken from their upcoming new album "Unutterable Horrors", which will be out in stores today via Horror Pain Gore Death Productions.

Check out now "Malapropos Cardiectomy" below. 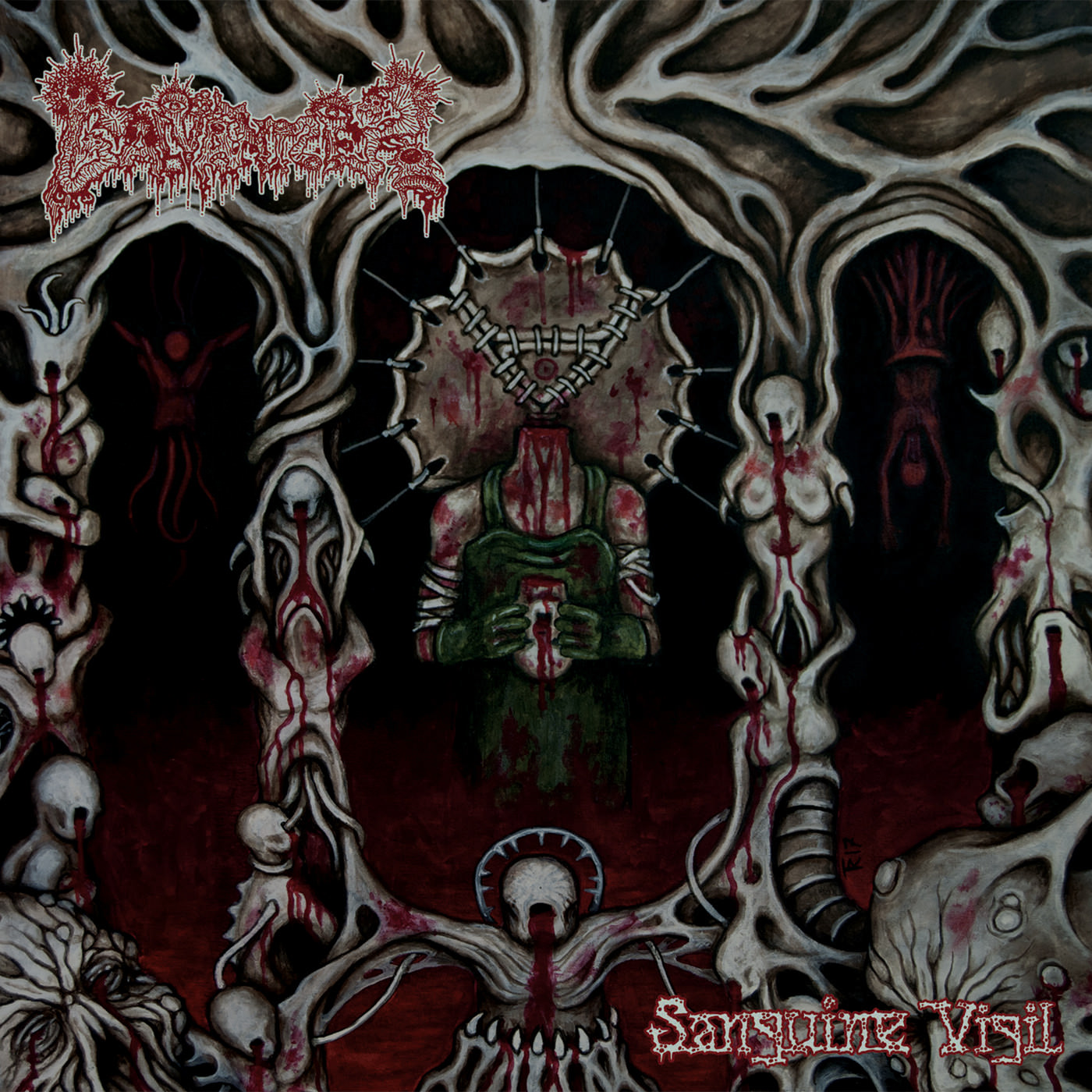 Finnish death/grind band Galvanizer premiere a new song titled "Mood For the Blade", taken from their upcoming new album "Sanguine Vigil", which is set for a February 28 CD release by Everlasting Spew Records.

Check out now "Mood For the Blade" below.

Exodus and Municipal Waste will be going on a winter tour together sponsored by Adult Swim‘s animated series, ‘Mr. Pickles‘. The run has been dubbed the ‘Mr. Pickles Thrashtacular Tour‘ and kicks off around the February 25th premiere of season three of the aforementioned series.

Initial dates have been announced for War Of Ages‘ U.S. headlining tour with Convictions and Earth Groans. Check the so far booked dates below:

Legend Of The Seagullmen Premiere “The Fogger”

Legend Of The Seagullmen, featuring Tool‘s Danny Carey and Mastodon‘s Brent Hinds among their members, debut a new song entitled “The Fogger“. It’s from their self-titled new album that is out February 09th on Dine Alone. Explains the band’s Jimmy Hayward, the song is about the character Carey adopts for the band (see the below image,) ‘The Fogger‘:

“‘The Fogger‘ is a mystical aquatic tale about The Seagullmen‘s very own drummer, Danny Carey. He stalks the ocean in search of users, abusers and polluters and deals lethal justice with his third eye while ripping the faces from skulls, just like he does during the punishing and beautifully complex drum solo in the middle of the song. The solo explodes into a furious conclusion, leaving no doubt about the karmic justice and pure ferocious power of ‘The Fogger’!”

In celebration of their 2009 album “Waking Into Nightmares” Warbringer will play a trio of special shows in April. Comments the band’s vocalist John Kevill:

“This year we will be writing new material, but that doesn’t mean the live war machine will stop rolling… in addition to our Japanese ‘Thrash Domination‘ festivals with Testament and Exodus, we are pleased to announce a small run of West coast shows in April of 2018. Since we have been playing ‘Woe to the Vanquished‘ in its entirety this last year, to great response, we decided we liked the full album format live.

It is really cool being able to deliver the whole of a record, front to back, in a live setting, and so on these limited April dates we will be doing that with a fan favorite from our back catalogue… ‘Waking into Nightmares‘.”

“We will play the full record live as both a treat for fans as well as a tribute to Nic Ritter, who passed away in 2017. That record pushed the boundaries forward for Warbringer and we look forward to punishing everyone with it live this coming April. See you in the pit.”

The live performances will take place on the following dates:

This year’s edition of ‘Psycho Las Vegas‘ festival will be preceded by a pool party on August 16th, a day prior to the festival’s kickoff. The pool party event will be held at the Hard Rock Hotel & Casino in Las Vegas featuring the following bands:

A full lineup for the festival itself, which will be held August 17th-20th, remains to be announced. The following bands have been booked thus far: