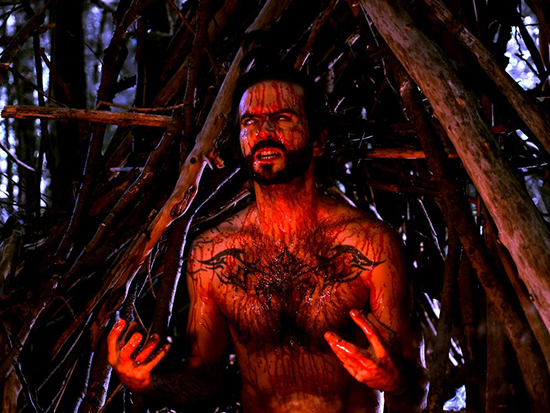 Progressive death metal project Of The Sun is gearing up to unleash the new EP "Pattern Rebirth." Following the debut Before A Human Path, the forthcoming offering unveils an intricate and deathly embrace. The title track and first single will be released on February 8th, 2023.

"Into Battle was the original title and concept of what became Pattern Rebirth, though it was never fully realized. Based on the imagined experience of someone who entered an ancient battlefield (an experience had by so many throughout history), I was able to write the first 4 guitar sequences before running into a dead end. I found myself having a hard time with the concept itself. The emotional connection to it just wasn't there, and I found myself spending more time than necessary researching details in an effort to ground myself to the theme. It started to feel insincere, so I put it down and walked away for a while. Then, in the middle of a tattoo session, the vibe of the song revealed itself to me in its true form; Pattern Rebirth. It was about facing a dreaded truth in order to fight for something better, to transform that state of shared reality.

This was something I could feel, something that was real to me, and I was able to go home and write the rest of the music in one sweep. I had to spend some time with the lyrics, walking around Dublin for days by myself with a little notepad, digging to get to the heart of the matter back in 2017. As things twisted further in the world, what I felt I needed to say about it - or, at least, what I felt I should be thinking - became clear. At that point, I was able to head into the studio to program drums and record guitar and vocals. I gave Jacob full creative license write what he wanted for the bass, and Bryce played the drums in the first pass with far tastier fills. Pattern Rebirth then emerged as a distillation of all the best elements it was able to pull into itself."

You can link up with Of The Sun here:

6 Comments on "Of The Sun Announce New EP 'Pattern Rebirth'"

Patrick Duvall works his a$$ off in his unceasing pursuit of brutal as f*** metal! 🤘🏼 Manifest the madness!!

Cannot wait for this release!!! Been wondering where I was going to get my next tech death fix from. The sample of the new single sounds dope. Excited to hear the song and EP with the features!

Fantastic underground metal artist that always produces high quality extreme metal. Of The Sun’s last effort, ‘A.M. Radio’ was simply phenomenal and made my Top 10 Metal AOTY list for 2022 (maximummetal.com). There is no doubt that this upcoming EP will melt your brain via your ear canals. 🤘🏽

Ahhhh f*** yeah!!! Beyond stoked to hear this one. Long overdue. Everything OF THE SUN has put out thus far has f***ing slayed and I’m sure this next evolution of the band will be another huge leap forward in their sound. I predict nothing less than complete and total sonic devastation. Prepare thyself…

MAINLINE THESE TRIUMPHANT FEATS OF MAN INTO YOUR EARS AND VEINS THE SECOND YOU ARE ABLE! I cannot wait to lie on the sacrificial alter and have this album excavate my guts so that the grime and bile of my existence gushes out into the sky and seeps into the soil, so that the Holy Metal Arbiters of the Primordial Universe are appeased and delighted.

Of the Sun shall forever reign!