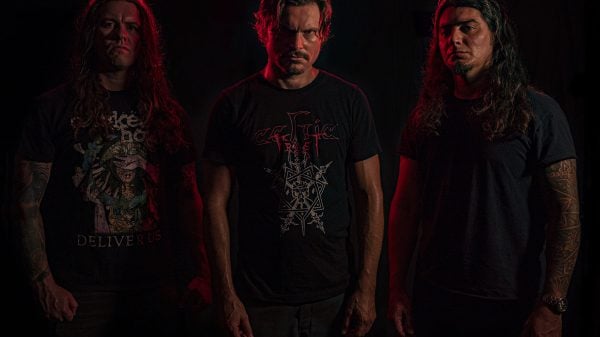 Texas-based grinding death/doom metal trio Turbid North premiere their new advance track and sci-fi inspired music video “Slaves” streaming via YouTube and Spotify for you now below. The single is off the group’s new album “The Decline” which will be out January 20th, 2023.

“‘Slaves‘ is about being a prisoner of your own mind. We all create battles in our heads. The video is a direct homage to Blade Runner’s opening scene. That’s the vibe I was going for: Blade Runner meets Metropolis.”

As for the album itself, Forkel offered, “It’s all part of one story. It’s a collection of songs that delves into the downfall and self-destruction of a person. I went through some personal things that spawned this idea. Real experiences influenced these songs, lyrically and musically. It’s darker and more personal for me than any other Turbid North record.”