Below is our complete Belphegor news coverage, including columns and articles pertaining to the band. Some articles listed may be indirectly related, such as side projects of the band members, etc.

Austrian blackened death metal veterans Belphegor premiere a new music video for “The Devils”, taken from their new album of the same name. The new effort saw its release this past Friday, July 29th.

Check out now "The Devils" streaming via YouTube for you below. 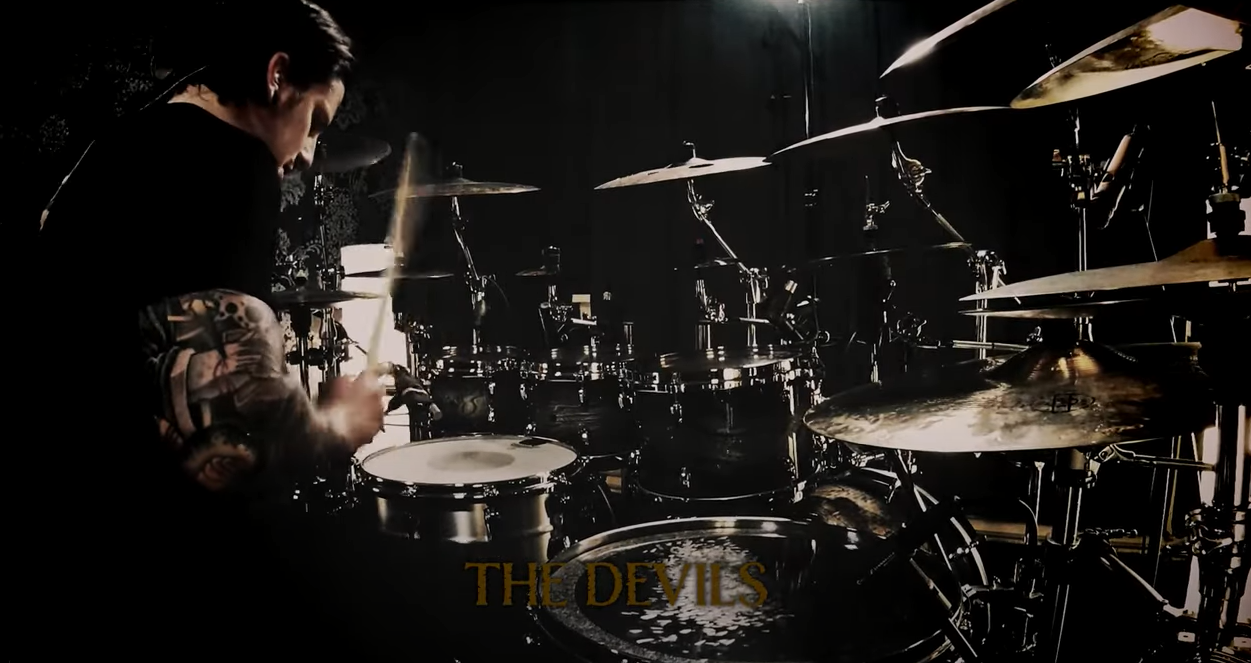 Diabolical death metal squadron Belphegor have released an atmospheric video for their brand new single, "Virtus Asinaria - Prayer," which is the second single from their upcoming twelfth full-length "The Devils," due out on June 24th. "Virtus Asinaria - Prayer" is a change of pace with its more sustained yet inherently sinister approach, slowly luring you in with entrancing melodies and ceremonial chants, indicating impending doom. The video for the song was partially shot at the scenic and infamous Neudegg Alm in Abtenau, Austria, and it can be watched below.

Helmuth states:
"Our new video for the track 'Virtus Asinaria - Prayer' pairs Belphegor´s bizarre live procession with an intimate ritual of sulphur, passion and blood. For he shall rise, heretic goat of flesh and lust! It stands for what Belphegor has always stood: liberty and the everlasting spiritual and bodily manifestation of carnal sin upon this rotten world!” In Musick, Helmuth" More...

Notorious European diabolical death metal squadron Belphegor have announced that their new studio album entitled "The Devils" will be released on June 24th via Nuclear Blast Records. The pre-order for this 12th full-length in their massive discography starts today and in celebration, Belphegor are proud to unleash a lyric video for the unrelenting first single, "Totentanz - Dance Macabre".

Easter is cancelled - get ready to worship "The Devils!"

Helmuth states:
"Hail Diabolical Death Magick! Today we present the first single titled 'Totentanz - Dance Macabre.' It is the perfect visual style for the lyrical content of this track, the fastest blasting sound collage we have ever composed and released. An honor - this horror."

Original Morbid Angel Drummer To Join I Am Morbid

I Am Morbid have announced that Pete “Commando” Sandoval has reunited with David Vincent for the first time in 12 years and will be performing drums with the band on their upcoming MorbidFest Tour 2022 with Belphegor and Hate.

Headlined by I Am Morbid, MorbidFest Tour 2022 is dedicated to the 30 year anniversary of the release of the "Blessed Are The Sick" album, and will hit the road in Europe and the UK later this month with support from Belphegor and Hate.

I Am Morbid, the band formed by original Morbid Angel vocalist and bassist, David Vincent, alongside guitarists Bill Hudson (NorthTale, Doro) and Kelly McLauchlin (Pessimist), performs Vincent-era classics from Morbid Angel‘s "Altars Of Madness," "Blessed Are The Sick," "Covenant" and "Domination" albums, of which Pete Sandoval recorded and performed while with Morbid Angel from 1988 to 2010.

The Morbidfest tour dates are as follows: More...

I Am Morbid Announces "Blessed Are The Sick" Tour

Headlined by the mighty I Am Morbid, Morbidfest Tour 2022 is dedicated to the 30-year anniversary of the release of the "Blessed Are The Sick" album. Initially announced for 2021, the Morbidfest Tour had to be postponed due to the pandemic. But, it‘s finally happening in 2022 with even higher anticipation!

Morbidfest Tour 2022 will include a touring package supported by two very special guests, Belphegor and Hate!

American death metal legends Suffocation has announced that their scheduled co-headlining tour with Belphegor has been cancelled due to COVID concerns. A statement from the band reads as follows:

"We're saddened to announce that despite the efforts of all team members, due to the global COVID restrictions continuing to tighten and the unknown factors moving forward we are forced to cancel our European co-headliner with Belphegor. We will be continuing to watch the situation regarding restrictions and when the time is right, plan our return to the EU Territory. Refunds for all tickets purchased are available through the point of purchase."

Belphegor premiere a recently recorded medley of two songs from their 1997 record “Blutsabbath”. That track has been named “Blackest Sabbath 1997” and arrives complete with a music video for it, ahead of the January 14th re-releases of “Blutsabbath” and its predecessor “The Last Supper“ (1995).

New York death metal pioneers Suffocation and diabolic blackened death metallers Belphegor have announced new 2022 dates for their European co-headline tour, Europe Under Black Death Metal Fire II. Polish blasphemers HATE have just been added to the bill as special guests, with Necrosy, Skaphos, Devils Rage and Blasphemous Creation due to play as support in some territories. The heretical package will conclude their voyage with a UK show in London at The Underworld on March 27th. Tickets for the London gig can be purchased here.

Black Rituals will descend over Europe. Belphegor proudly announces co-headline tour dates with Polish black metal priests Batushka for Winter 2021. These malignant forces will combine for evenings filled with the most sinister and diabolical rituals. Tickets are on sale now!

Belphegor's as-of-yet untitled new studio album will be released early next year via Nuclear Blast Records. The band will premiere II or III tracks from the upcoming offering during this crusade. Support extreme musick and spread the word!

Austrian Black Metal gods, Belphegor, will replace 1349 in the line-up for next year's Mexico Metal Fest. 1349 was not able to honor their commitment for next year's edition. No reason was given. More... 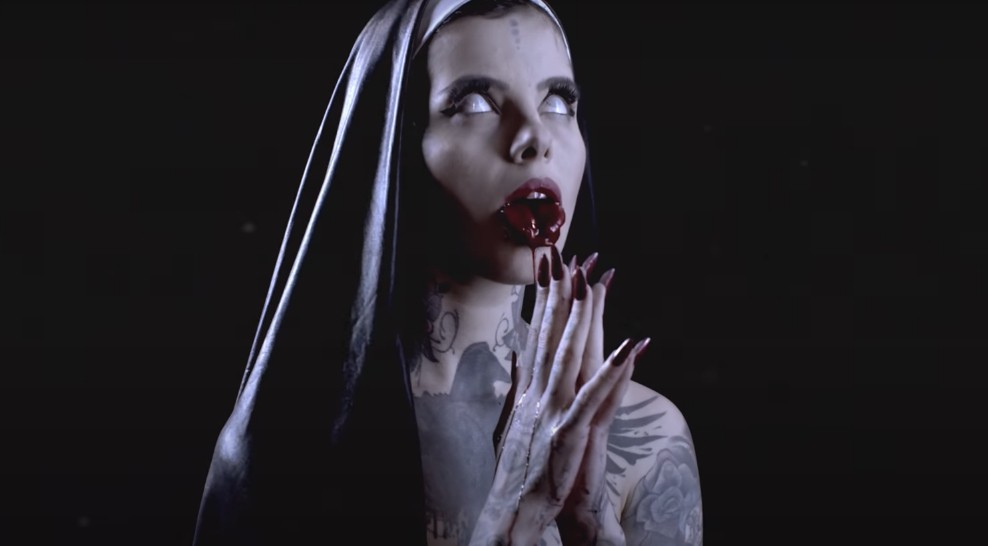 Belphegor will re-release their third studio album "Necrodaemon Terrorsathan" on November 6th via Nuclear Blast. Originally released in the year 2000, the record will be resurrected as a remastered version available as both CD and LP (also in various limited edition colours) - twenty years after it's first appearance.

Vocalist Helmuth states: "We originally composed this album around 1998-1999, recording and releasing in the year 2000. Our former guitarist Sigurd (1993-2006) who marched with me around the globe wrote three songs on this monster. Session drums were handled by Manfred “Man” Gandler (Mastic Scum) and bass by Mario Klausner (Pungent Stench, Collapse 7)"

The band have re-recorded the song "Necrodaemon Terrorsathan". This digital only single will be released on September 18th - more information to be revealed soon.

Helmuth adds: "20 years later and we´re still here, stronger than ever. I originally composed this song around 1998-1999, tracking and releasing it in 2000. This was a thrilling experiment for me, to have the horde to listen to how 'Necrodaemon Terrorsathan' would sound if we had created the track with our skills and recording capabilities in the present era."

Blackened death metal veterans Belphegor have announced their Death Magick Over Europe tour for November. Special guests on this tour will be death-monsters Incantation and black metal outfit Horna, along with Necrosy. The Totenrituals will kick off on November 4th in Oslo, Norway, at Park Teatret and conclude in Graz, Austria at Explosiv Club on November 29th.

Vocalist / founder Helmuth comments: "After many unfortunate cancellations, Serpenth and I can't wait to go out on tour again and will announce our new live line-up within the next few days. We are still on fire and waiting; the true essence of Belphegor is found while on stage."

Belphegor To Tour Europe With Suffocation

Legendary bands and Nuclear Blast label mates, Belphegor and Suffocation, are teaming up once again for the second edition of Europe Under Black Death Metal Fire, brought by The Flaming Arts Agency. This time the package is strengthened by the well-known Polish blasphemers Hate. Extremely wide European geography, from the very south to the very north, over one month of touring and 30+ shows, this run simply cannot be missed by the extreme metal lovers.

Having formed over 30 years ago, Suffocation are among the world’s death metal pioneers. On this tour, they’re going to perform songs from their latest album, ...Of the Dark Light, that was mixed and mastered by world-renowned producer/engineer Chris "Zeuss" Harris (Hatebreed, Suicide Silence), as well as hits from the former albums. This is also a great opportunity to check them live with the new vocalist, Ricky Myers.

Since 1993, Belphegor have been delivering their select diabolical death musick, and one album after another has nailed down the tightest black/death performances. The band's lyrics tirelessly explore the darkest, most dismal parts of demonology, witchcraft, and the grand devil, himself. EUBDMF is the perfect timing to catch the band performing tracks from their latest piece, Totenritual, before they hit the studio to record the new album that is set to be released in 2020.

The legendary Polish blackened death gods Hate released their new work, Auric Gates Of Veles, through Metal Blade Records on June 14, 2019, and are offering the European tribes to taste the album live within a massive lineup. The 11th studio album of Hate is more blackened than ever and the tunes from it will definitely make sure the crowds are in an atmosphere as hot as hell. More...

"Hail! What a lineup," commented Belphegor vocalist/guitarist Helmuth. "This will be one of the most brutal tours throughout North America in 2019. An honour - this horror!"

The tour dates are as follows:

"Hail! What a lineup," commented Belphegor vocalist/guitarist Helmuth. "This will be one of the most brutal tours throughout North America in 2019. An honour - this horror!" 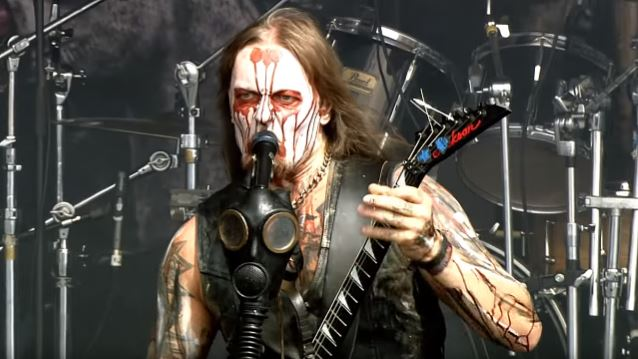 The initial dates for the ‘Europe Under Black Death Metal Fire Tour‘, which will find Belphegor and Suffocation co-headlining on a bill, have been announced. God Dethroned, Nordjevel and DarkRise will join them as supports. Further dates for the tour are expected to be revealed soon. 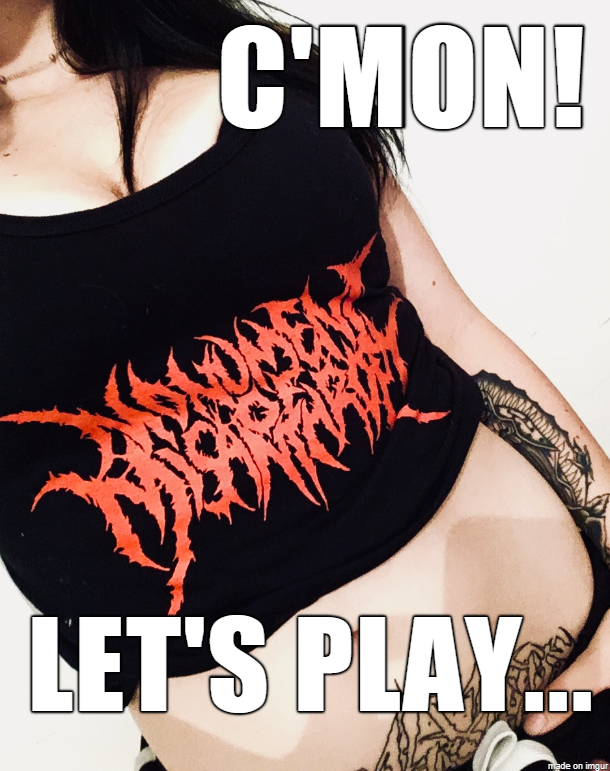 European brutal death metal stronghold Monument Of Misanthropy announce they are looking for new guitarists and a new bass player. European musicians with their own material are being preferred, but it is NOT mandatory. Get in touch with the band via this email: monumentofmisanthropy@yahoo.de or their official bandpage on FB: Monument Of Misanthropy Official Band Site

Explains the inventor of the Monument Of Misanthropy brand-imprint, band founder and frontman George "Misanthrope" Wilfinger:

"Neither will I be using any empty bullshit phrases like "due to artistic differences", "because of unsurmountable personal differences", nor will I be washing Monument Of Misanthropy's dirty laundry in public. Fact is that after the last very successful years, three awesome European tours and two acclaimed releases, for me it feels like I should carry on with a new team of guitarists and bass player. Artists who still have the fire inside to go beyond their limits and with an iron will to produce a brutal new death metal album for Monument Of Misanthropy with me and one of the best drummers out there in the brutal death metal world. People willing to play festivals, to go on tours, even if the fee won't buy them a Porsche. Musicians who live for the cause. Just sincere, motivated musicians willing to go the extra mile, that's all I'm asking for. Musicians from Europe and with their own material are preferred, but it's NO must."

To give you an impression what is awaiting you being one of their new members, the band include their recent touring history below: More...

Monument Of Misanthropy announce they will be performing with Suicidal Tendencies at the warm-up party of this year's edition of Brutal Assault Festival in Jaroměř, Czech Republic. The warm-up party will take place on Tuesday, August 7, 2018. Root, Gride and Beast Within The Sound will join them as support acts.

No Belphegor links to display (yet).