Below is our complete Savage Master news coverage, including columns and articles pertaining to the band. Some articles listed may be indirectly related, such as side projects of the band members, etc. 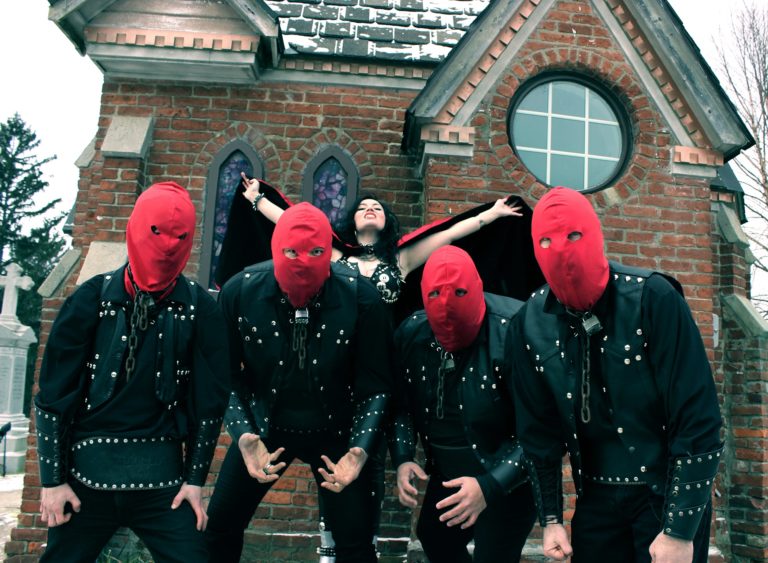 Savage Master premiere the pre-release full-album stream of the band's upcoming new album "Myth, Magic & Steel", which will be out in stores October 25 via Shadow Kingdom Records.

Check out now "Myth, Magic & Steel" in its entirety below.

Municipal Waste announce the dates for a June East Coast tour which will see them supported by Dropdead, GangGreen and Savage Master.

"Creature of the Flames" was recorded by Michael Kent O'Bryan at Wax And Tape Studios. It was produced by Adam Neal with executive production and mastering by Bart Gabriel. More information on the EP is expected soon.

In 1982, Metal Blade Records put out its first release: "Metal Massacre," a compilation album that included Metallica, Ratt, and many other influential artists. Now, Metal Blade will be releasing "Metal Massacre 14" on April 8th - and continuing the legacy of the first album - the CD/LP/digital formats will once again contain a sampling of contemporary heavy metal.

To pre-order your copy - and to hear clips of each track - head over to this location. Primordial's Alan Averill, who compiled the track listing, had this to say:

"'Metal Massacre' is an institution that has been dormant for far too long. It served as a vital first step for many bands who are far too numerous to mention back in the early 80s. For fans, it was often the first time engaging with many of these acts, some of whom went on to become household names-- some of course didn't, but the rough and ready underground character of 'Metal Massacre' is what set it apart from other compilations back in the day. More...

Kentucky-based traditional metal act Savage Master announced the new studio album "With Whips and Chains." The album will be issued on April 22nd via Skol Records and High Roller Records on CD, LP and digital download.

The cover artwork can be viewed below. More information on the album is expected very soon.

Kentucky-based traditional metal act Savage Master is streaming the new track "Death Rides the Highway." The song is taken from the upcoming debut album entitled "Mask Of The Devil," which is set for release via Skol Records on Halloween, October 31st and on vinyl LP through Van Records on November 20th. North American distribution will be via Shadow Kingdom Records.

The cover art was painted be legendary French artist Chris Moyen, responsible for iconic artworks of bands such as Beherit and Blasphemy, and who recently also worked with acts such as Slayer and Possessed.

The track listing for "Mask Of The Devil" is as follows:

1. Blood On The Rose
2. The Mystifying Oracle
3. Mask Of The Devil
4. The Ripper In Black (streaming here)
5. Kill Without Warning
6. Marry The Wolf
7. Altar Of Lust
8. Death Rides The Highway More...

Louisville occult metal act Savage Master is streaming the new track "The Ripper in Black." The song is taken from the new album "Mask of the Devil," which will be issued on Halloween day, October 31st, via Skol Records.

Check out "The Ripper in Black" here:

No Savage Master links to display (yet).